The third installment of ZTE's Red Magic gaming smartphone lineup, the Nubia Red Magic 3 blusters with some premium-class pros on multiple fronts, but it suffers from a couple of display cons that put it on the back foot versus some of the best phablets featured here on Phonerated. Leading these setbacks is the 1080p-only definition

of its massive 6.65-inch AMOLED display (It could have gone for a premium 2K-1440p sharpness), resulting to a dismal pixel density score of only 387.5ppi

. Having said that, its screen has a gaming-ready 90Hz refresh rate

, which is reminiscent of those of full-blown gaming monitors. 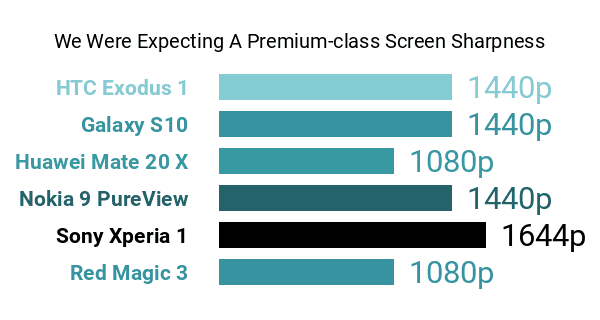 Don't Buy The ZTE Nubia Red Magic 3 Before You Check:

Being a gaming smartphone, storage sounds a tad problematic for the Red Magic 3, seeing that its 256GB native memory is not accompanied by a memory card slot

and that a couple of its rivals in the gaming Android category start out with 512GB's worth of memory. 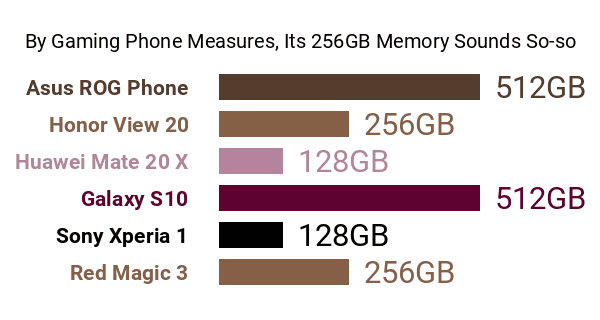 Among its biggest specs is a whopping 48-megapixel primary camera

. It also features an FHD-1080p slow-motion video capture mode and it comes with a dual-color temperature LED flash. Also, its 16-megapixel front camera sounds passable, although it is marred by a fixed-focus capacity 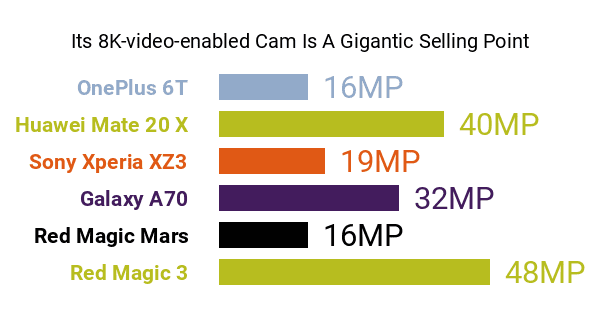 As for its gaming pros and cons, this Red Magic model boasts an AI-powered Snapdragon 855 triple-cluster octa-core processor

that made it one of the fastest smartphones as of this technical review. It consists of a 2.84GHz single-core performance cluster, a 2.42GHz triple-core sub-cluster, and a 1.8GHz quad-core low cluster for day-to-day applications. It also features a mammoth 12GB RAM 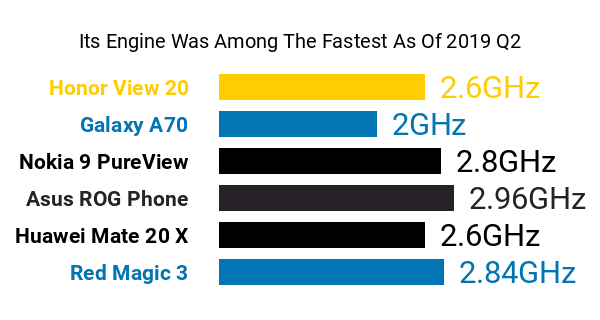 Joining the mix is a robust 5000mAh battery

infused with a 27W fast-charging system promising to provide an hour's worth of gaming under a 10-minute charge. Also tagging along is a 3D surround sound system delivered through dual speakers and a side-mounted gaming key.

So, given its pros and cons, the ZTE Nubia Red Magic 3 obviously calls out to heavy gamers and photographers who place a very high value on performance.