42 Questions On Camera Phones (With An Expert) 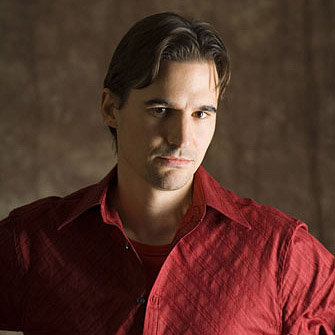 We wanted to clarify a few things about what features and specifications make for the best camera phones, so we asked one of the best experts in digital camera components and technologies, Pierre Villeneuve, Sony's digital imaging training specialist for eastern Canada. Pierre started his career as a technical adviser for L.L. Lozeau of Montreal, one of eastern Canada's most respected photo and video stores and later ended up teaching new digital camera owners how to use their new camera. Today, Pierre is the one digital imaging salesmen turn to when they want to know the low-down on Sony's digital cameras' features and specs. He also introduces new products to his fellow representatives and salesmen, driven by his sharp eye for detail and a keen interest for gadgets in general. Even in his personal life, Pierre serves as a kind of maven in his social network, a guru they'll call for any shopping decision, be it a car, an HDTV or a computer, because friends and family members know he just can't resist gulping down even the most obscure spec sheet.

Pierre wants to point out that he does not consider himself a "camera phone" specialist, but is there such a thing anyway? So we thought his deep knowledge of digital cameras would help us understand how to spot the best camera phones. In order to remain neutral, we made sure the interview was focusing on general camera phone principles rather than on Sony's products, but we couldn't resist asking him about the latest iPhone, the iPhone 4S, and its backside illuminated camera sensor, which happens to be made by Sony.

Here are the 42 questions we tortured him with, in what might quite be the largest interview ever conducted on the topic of camera phones:

Q1: Let's talk about the lenses first. Most camera phones have plastic lenses. Are plastic optics systematically not going to give good results or are some of them acceptable?
A: Some of them are acceptable. It depends on their materials; how

"Some of them (plastic) are acceptable. it depends on their materials and how they are built."

they are built. But, unfortunately, most manufacturers won't say what kind of glass or plastic are used so you will have to make some tests yourself to confirm if it's good or not.
Q2: Do we typically see plastic lenses or glass lenses in regular digital cameras?
A: Most regular camera manufacturers use glass optics, but unfortunately, sometimes there are no specs and there is no mention which material was used on their lenses.
Q3: A few years ago camera phone makers started mentioning that they had special lenses. For example, they'll say their camera phones have "Carl Zeiss lenses." Does it sound good only because it's in German, or does that mean it's actually better?
A: Well, in fact it actually is better because Carl Zeiss is a world

More: The best camera phones
renowned lens manufacturer, and they have a long history of great lenses in their line. So many manufacturers came around with Carl Zeiss lenses; there are many other lens manufacturers that have partnerships with other camera makers and that will give you a good hint on quality lenses. It means that those lenses will be better than non-branded lenses on camera phones.
Q4: In other words it's a valid hint about the potential quality of the optics?
A: I agree.
Q5: Do other German-sounding names also mean quality?
A: We got other German manufacturers that are well-respected. There are tons of other respected lens manufacturers but their use will depend on the camera manufacturer.
Q6: What kind of problems could poor optics cause in the pictures made with camera phones?
A: Optics problems will differ: it can be distortion, blurriness,

There's also something called shading - it means the corner of the picture will be darker than the center.

chromatic aberration, and vignetting (darker corners). Most of these problems can be seen in any lens, but a professional lens will control these problems way better.
Q7: What's the worst problem of all those problems you mentioned?
A: I would say the worst is the lack of sharpness.
Q8: So whether it's on focus or not, it might still be a little blurry because of the components?
A: Exactly. Having lots of megapixels is meaningless if the lens is sending a blurry picture to the sensor.
Q9: So a camera phone buyer should look at samples from a specific phone and try and spot those problems. You also mentioned chromatic aberration, what is it?
A: Chromatic aberration is quite a difficult term. I always use Pink Floyd's "Dark Side of The Moon" album to explain that kind of thing. You might remember the album's cover and its picture of a prism with a ray of light going through it and spreading into a rainbow? It means that when white light travels into matter it will bend, and the wavelengths will not all bend at the same angle, spreading the light. That is not something you want on a lens. Lets say your subject is a white dot on a black background. If the lens is producing too much chromatic aberration, instead of having a precise white dot on the center of the imaging device, you will have a mini rainbow. Manufacturers use low-dispersion lenses to avoid that problem, but simple camera phones use very simple and tiny optics, so that is something that might occur in very affordable camera phones.
Q10: What does that mean exactly - the whites will look slightly like a rainbow?
A: No, it means that if you look at very contrasting subjects, for example branches against a bright sky, the edges of the branches could appear as purple fringing. Sometimes, people call it "purple fringing," because that's how we see chromatic aberration in natural pictures most of the time: purple fringing against very contrasting subjects.
Next Questions