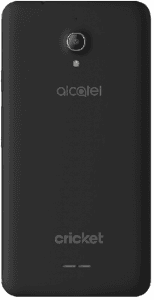 The Alcatel 5098O (Theatre) strives to build itself up as a low-cost option for buyers who prefer large displays, banking primarily on its six-inch 720p screen to actualize this purpose, and it bears the misfortune of having an unimpressive LED flash-equipped 2-megapixel selfie camera, which is accompanied by a decent 8-megapixel main shooter (which also comes with an LED flash). It also runs at a disappointing 1.1GHz clock speed, which is balanced by a more competitive 2GB RAM.