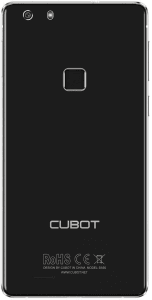 Cubot's 2016 S550, overall, is a mid-range Android with hints of the high-end here and there. Its key specs include a 13-megapixel 4P-lens camera equipped with what Cubot calls a super bright flash (1A LED), a fingerprint sensor, and a 3000mAh battery. Additionally, its 7mm-slim shell is home to a 5.5-inch HD (1280 x 720) IPS-OGS display finished with a fingerprint-resistant 2.5D glass panel, an 8-megapixel frontal sub-camera with Intelligent Beauty, and a 4G LTE network adapter. It runs on a 64-bit 1.3GHz quad-core processor alongside 2GB of RAM and comes with a 16GB memory expandable by up to 128GB.