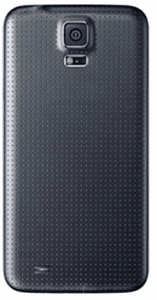 The S5H4 is one of a handful of Galaxy Black models that bring basic smartphone features to the unlocked market. This 4-inch model runs on a 1GHz dual-core processor, which is awkwardly paired with a pretty limited 256MB RAM. The 2GB internal storage is relatively low, so the TF card expansion slot (32GB cap) seemed necessary. A 2-megapixel camera sits at the back of its seemingly Samsung-influenced body, while its VGA front facing companion is found above the 800x480-resolution screen. Battery life was nowhere mentioned among its specs, but its low-cost profile might not demand that much anyway.