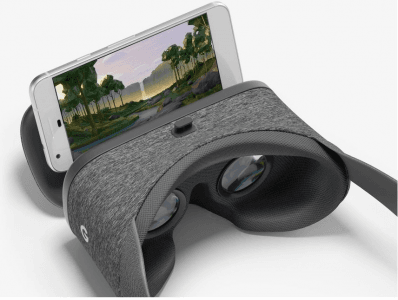 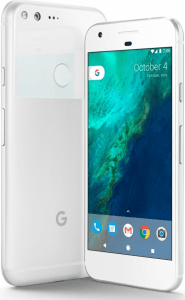 Google itself takes a stab at a high-ranking 2016 Android phone in the form of the 5-inch Pixel and this 5.5-inch Pixel XL edition. This larger model touts a Quad-HD-1440p display with a 534ppi pixel density, a quad-core Snapdragon 821 2.15GHz (max clock speed) CPU aided by 4GB's worth of LPDDR4 RAM, and a 12.3-megapixel rear-facing camera spruced up by a 240fps HD slo-mo video-recording option, an Ultra HD maximum video-capture quality, and both phase- as well as laser-detection autofocus technologies.

The Pixel XL's high-grade specifications also include Google's Pixel Imprint fingerprint technology, a 2.5D Gorilla Glass 4 display finish, and Google Assistant, which incidentally made its debut through both Pixel models. Additionally, it comes with an up-to-600Mbps data rate (LTE Cat 11), an 8-megapixel IMX179-sensor selfie camera, and 128GB or 32GB of non-expandable memory. In charge of its power supply is a 3450mAh battery claiming to provide 7 more hours of usage after just 15 minutes of charging, with an aircraft-grade aluminum casing covering its upscale interior.

Just like its smaller sibling, the Pixel XL playfully takes a jab at the iPhone 7's Jet Black color option by calling its variants Quite Black, Very Silver, and Really Blue (limited edition).