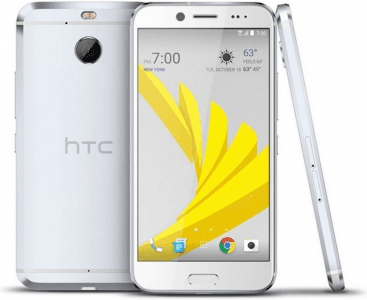 Breaking off from HTC's mainstream One and Desire product lines, the HTC Bolt tries to make a name for itself by rocking a top-tier 5.5-inch QHD-1440p screen furbished with a damage resistant Gorilla Glass 5 finish, under which revs a 2GHz octa-core Snapdragon 810 CPU aided by 3GB of RAM.

In classic HTC flagship phone fashion, the Bolt sports a high-class 16-megapixel 4K-video camera with OIS (optical image stabilization), a dual-LED flash, and phase-detection autofocus. The BoomSound audio technology and an 8-megapixel selfie cam join its multimedia specs as well, which are complemented by a 32GB memory expandable by a whopping 2TB.

Wrapping up the Bolt's feature set are a fingerprint sensor, an LTE Cat 9 network adapter (up to 450Mbps data rates), and a metal unibody that passes the IP57 rugged rating for dust- and waterproofing.