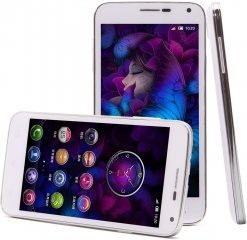 Operating on Android 4.4.2 KitKat, a 1.3GHz MTK6582 quad-core processor, and a 2000mAH battery, the iRulu Universe 1s also boasts a 5-inch display. It comes with a 3g standby time of 120 hours, which is rather low. Like many recent phones, it also records and captures using two relatively high-resolution cameras; one 8MP rear snapper, and another in the front (5MP). 1GB of RAM and a 4GB-memory are other features this smartphone has to offer. With specs like these, it seems that the Universe 1s targets the middle class.