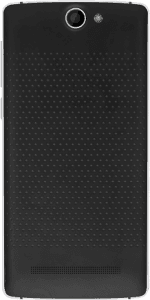 Jinga's Moguta S1 LTE sounds like a modest 5-inch HD mass-tier Android, at least until you find out about its colossal 4000mAh battery power, which works together with a 64-bit quad-core CPU clocking in at 1.5GHz. Specs like an 8-megapixel rear camera, an 8GB expandable memory, and LTE connectivity add to its offering, too. In addition, the S1 sports a 2-megapixel front-facing camera for selfie shots.