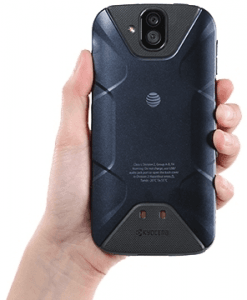 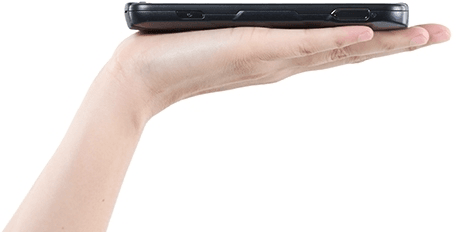 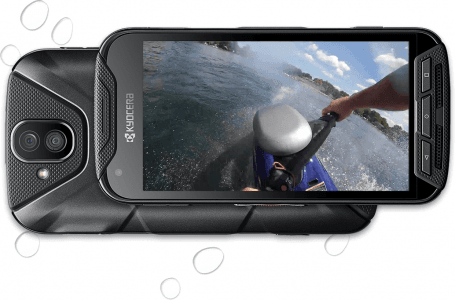 One of Kyocera's highest-specked rugged Androids as of 2016 Q3, the 5-inch Full HD DuraForce PRO accompanies its bulky water-proof and shock-ready (It passes IP68, MIL-STD-810G, and non-incendive rugged standards) shell with an octa-core 1.5GHz + 1.2GHz processor, a 13-megapixel main camera with up-to-135-degree Super Wide View shooting, and a 32GB memory extendable by up to a monstrous 256GB.

Familiar upscale (as of its release) specs, such as fingerprint recognition, Cat 6 LTE connectivity, and a 3240mAh Quick Charge 2.0 battery join its offering as well. Additionally, it brings back Enhanced Push-to-Talk or EPTT as well as a programmable side key, which are a couple of signature features from Kyocera.