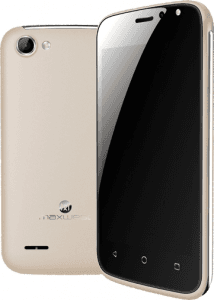 Pinned to the lowest Android tier, the Astro X4's specs list includes a 0.3-megapixel camera that surprisingly comes with a frontal LED flash, a 4-inch WVGA screen, and a dual-core 1GHz processor with only 512MB of RAM to work with. It owns a sub-par (by 2016 measures) 3.2-megapixel rear camera and banks on a modest 1400mAh battery. Its internal memory caps off at 4GB, while its microSD allowance is limited to up to 32GB only. The X4 is available in classic Black or White, but also comes with Pink, Gold, and Blue color options.