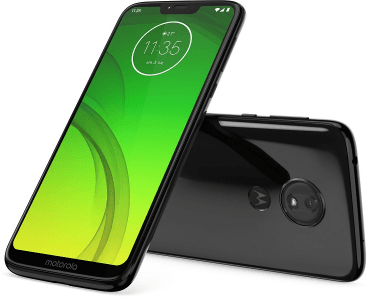 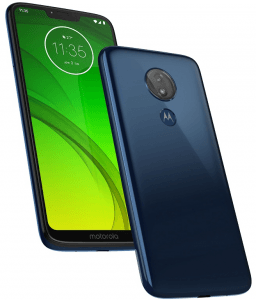 The Motorola G7 Power (Moto G7 Power) touts a large 6.2-inch 19:9 display that stays within mid-range bounds by settling for an HD+ (1570 x 720) resolution only, and it boosts the plain G7's mere 3000mAh power cap to a promising 5000mAh, while retaining the 15W TurboCharge fast-charging technology. Also, it sports a so-so 12-megapixel main camera whose biggest feature is its UHD/4K (2160p) video-recording capability.