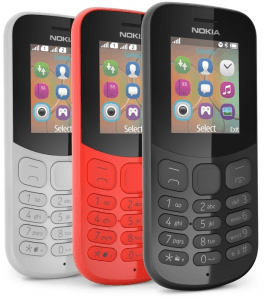 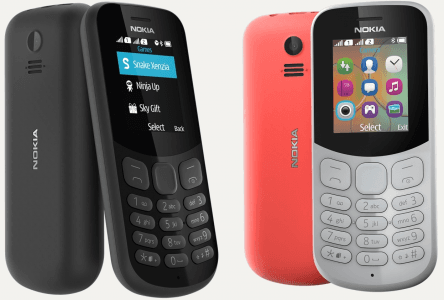 The Nokia 130 2017 has a thick body -- even for a basic feature phone -- at 14.2mm, which makes it unfit for users who are fussy about bulk, and it sports a relatively-small 1020mAh battery, which gives it a (still-respectable) 30-day stand-by.

That being said, it upgrades its predecessor's specs sheet with an all-new 0.3-megapixel camera.

Useful Nokia 130 2017 Stuff:
Pros and Cons Review The Nokia 130 2017 now sports a 0.3-megapixel camera, a feature that was nowhere to be seen on its predecessor. But what other specs set it apart not only from its older sibling, but also against its rivals? We detail them in our pros and cons analysis here. (more) New Nokia phones View all the newest and upcoming Nokia phones.