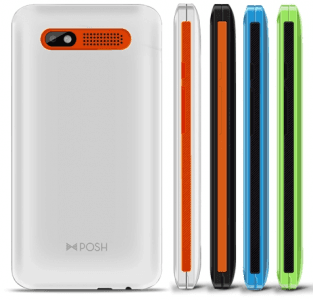 The Posh Orion Mini seems to target those who want some decent specs in a smaller figure. It uses a 3.5-inch HVGA capacitive touch screen with a resolution of 320 x 1480 and 16M colors. Android 4.4 KitKat, a Mediatek MT6572 dual-core 1.2GHz processor and a 5-megapixel main camera are part of its main specs. It also features a 1-megapixel front cam and has four color variations: green, blue, black, and white. It supports multitasking, but presumably only to a minimal level, because of its rather low 256MB RAM.