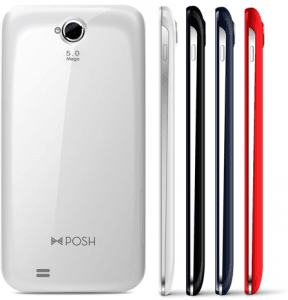 Android 4.4 KitKat, 1GB RAM, and a 1.3GHz processor with four cores (MediaTek MT6582) are some key specs that the Posh Orion Pro comes with. It is also rigged with an IPS capacitive touch screen rendering a 540 x 980 resolution. Other features include two snappers (an 8-MP in front and 2-MP at the back), a 1800mAH-battery (rather low for a smartphone), and 4GB of memory. A microSD card can be used to expand its memory up to 32GB.