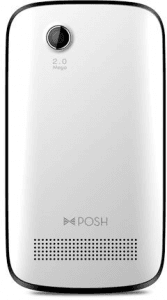 Priced at under $100 unlocked, this 3.5-inch model features a mix of Android and the Spreadtrum platform (released 2014) from Mozilla and Spreadtrum, which is advertised to be more efficient for low-end smartphones. Running on a 1GHz single-core processor, a 256MB RAM and a 1000mAh battery, the Pegasus C350 seems to borrow heavily from the feature phone era. Its 512MB native memory and 2-megapixel rear camera are quite dated as well. Finishing it off is a microSD card slot with support for up to 32GB of memory expansion, and a VGA front-facing camera.