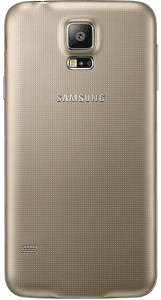 As the hype over their 2015 flagship S6 models was settling, Samsung quietly pitched the Galaxy S5 Neo, which is a version of the 2014 Galaxy S5 equipped with a 1.6GHz octa-core CPU (2GB RAM) and a 5-megapixel selfie camera (up from 2 megapixels). It features a similar 16-megapixel rear-facing camera, with a 2800mAh battery and a 16GB internal memory in the package as well. It delivers Android version 5.1.1 Lollipop via a 5.1-inch Full HD Super AMOLED screen, while an IP67-certified frame makes the rest of its physique dust- and water-resistant.