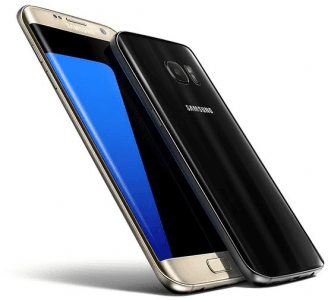 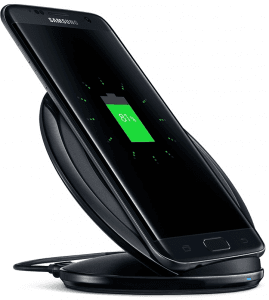 One of two MWC 2016 releases from Samsung, the Galaxy S7 edge boasts a 5.5-inch Quad HD always-on Super AMOLED display crowned by the previous Edge model's Edge Screen technology. Its innovative interface is accompanied by a bevy of flagship-class specs, such as a 64-bit 14nm Snapdragon 820 quad-core CPU, a 4GB LPDDR4 RAM, and 64GB of UFS 2.0 (Universal Flash Storage) memory that can go up to 200GB via microSD.

This model, along with the plain Galaxy S7, also introduced the Dual Pixel camera technology (12-megapixel 4K rear camera), which rigs the pixels on its image sensor with two photodiodes each, instead of just one, for potentially faster and more-accurate focusing. Also on board are Samsung's trademark Samsung Pay mobile payment app, a fingerprint recognition system, and a 3600mAh battery enabled for both WPC and PMA wireless charging. Gold Platinum and Silver Titanium are among the S7 edge's color options.