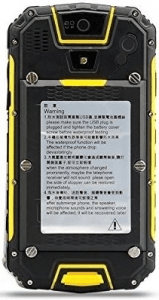 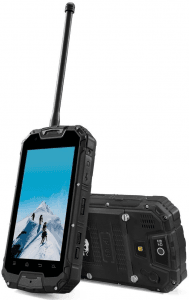 Boasting a massive 4700mAh battery, the tri-proof (water-, dust-, and shock-proof) 4.5-inch qHD-480p Snopow M9 calls out to users who work under extreme conditions. The aforementioned specs are accompanied by an NFC chip, Push-to-Talk, and an 8-megapixel primary camera with a flash function that doubles up as a torch. It comes with 8GB of memory and runs on a 1.3GHz quad-core CPU aided by 1GB of RAM. Also on board is a 2-megapixel frontal sub-camera.