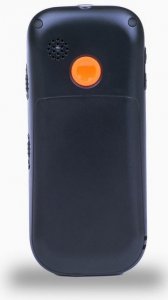 TTfone adds the Jupiter TT800 to their roster of usable simple phones that are obviously built for elderly people who are looking for ultra-simple and easy-to-use phones. It is outfitted with several senior-focused features such as large buttons, an SOS emergency button, a one-touch button for the flashlight, and a talking-buttons feature (keys with voice accompaniment). It runs on an 800mAh battery that has a stand-by time of 10 days and a talk time of 210 minutes. It is also among the most lightweight phones on record, with a weight of 72 grams.