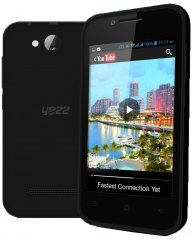 Expanding Yezz's lineup of budget smartphones of roughly similar names, the Andy 4E LTE sets itself apart with dual GPUs (Mali 760) and a 4G LTE network reach. It also joins the growing list of 1.3GHz quad-core models. The 4E LTE's other specs are apparently common among Andys though, such as a 5-megapixel rear camera, a 1.3-megapixel selfie cam, and a 4-inch WVGA TFT screen. Its storage is limited to a 4GB internal memory and an up-to-64GB expansion support, with 512MB of RAM on board as well. A 1450mAh battery tops off this KitKat-sporting Android.