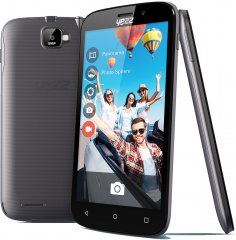 Joining other entry-level Andy models from Yezz, the 5-inch FWVGA Andy 5E2I owns nothing more than a dual-core 1GHz CPU, a 512MB RAM, and a middling 4GB memory, which is at least expandable by up to 64GB -- 32GB is the more-expected capacity from phones of this caliber. Its dual-SIM capability relies on an average (as of its release) 2000mAh battery, while a 5-megapixel main camera sits on its rear facade. Topping off this 3G-only Android's specs is a 1.3-megapixel secondary camera.