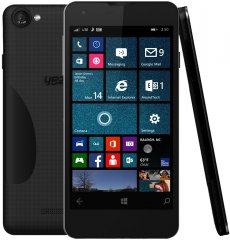 Yezz's Billy 5S LTE is a 5-inch HD IPS Windows 8.1 smartphone whose otherwise low-end specs surprise us with a 13-megapixel primary camera, but tame it down with a 1.2GHz quad-core CPU with 1GB of RAM and Adreno 306 graphics, as well as an 8GB memory expandable by up to 64GB. Accompanying its main camera is a 5-megapixel selfie shooter, which was an outright plus for entry-level smartphones as of its release. This Billy model supports 4G LTE connectivity and has two SIM card slots.