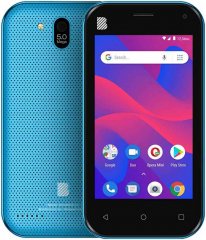 
The 2019 BLU Advance L5 is the total opposite of an advanced smartphone, packing an entry-level assortment of pros and cons that is powered by the Go edition

of Android 8.1 Oreo, which is tailored to phones with low-class specs.

Nevertheless, it is riddled with a bunch of old-fashioned cons, such as a dwarfish (by the standards as of this data-driven Phonerated review) 4-inch 800 x 480 WVGA display

. In comparison, several other starter-class smartphones that hit the market in 2019 sport much-larger 5.5-inch facades, even though some of them suffer from the same paltry resolution. 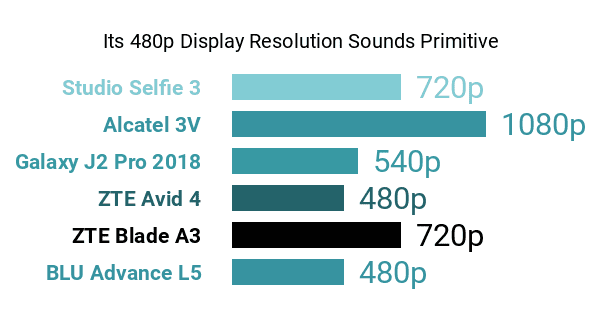 Don't Buy The BLU Advance L5 Before You Check:

This Advance model also drops the ball on the performance front, running on a measly quad-core 1.3GHz processor

coupled with an even more disappointing 512MB-only RAM

-- as we were writing this, octa-core smartphones were quite popular, even in the low-budget smartphone category. 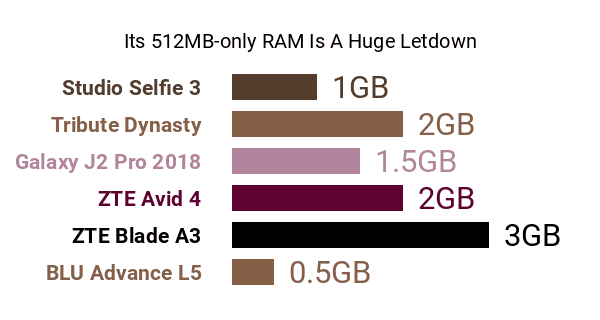 As for stamina, this BLU model does not go beyond 1300mAh of raw battery power

, which sounds highly disappointing to us, knowing that even 2000mAh battery packs were already considered meager when it was released. Having said that, 1300mAh does not sound that bad relative to the rest of its undemanding pros and cons.

with an LED flash, while a dinosaur-esque 2-megapixel selfie cam

At the very least, it comes with 16GB of native memory

and an up-to-64GB external memory capacity, whereas a lot of comparable 4-inch models offer only 8GB native storage memories and allow no more than 32GB of top-up storage. Some users might also find its range of color options

, which include Lime and Cyan, appreciable, since Androids of its kind usually stick to classic Black-or-White finishes.

At the end of the day, however, the L5 does not pack enough pros to make it something more than an introductory smartphone.