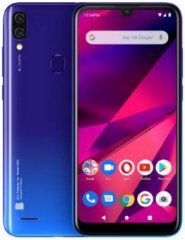 6.1-inch screen that obviously flounders in comparison to some of its rivals(') Full HD (1080p) facades. That said, it rocks a 19:9 screen aspect ratio

that reminds us of some of the leading wide-screen smartphones found here on Phonerated. Note that some similarly-specked phones stick to the less-appealing 16:9 solution. 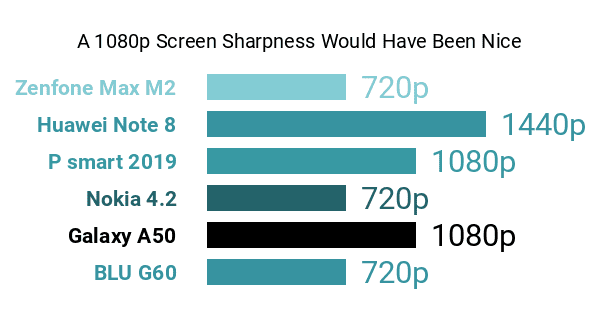 Don't Buy The BLU G60 Before You Check:

Adding to its drawbacks is an unambitious hardware setup that consist of a 3GB RAM and a 1.6GHz octa-core engine

that does not quite level with those of the best octa-core-powered models around the time of this review of its pros and cons. Also joining in is a 64GB native storage memory that can be expanded by no more than 64GB. 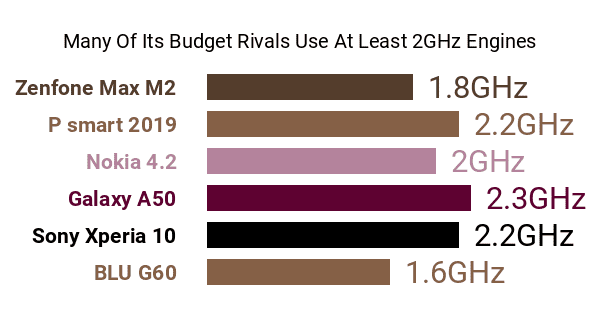 , which, when coupled with its 10W quick-charging system, winds up as a pro in our book -- a few tantamount smartphones do not go for anything higher than 3000mAh. For security, it touts a typical (as of its January 2020 market entry) rear-mounted fingerprint sensor. 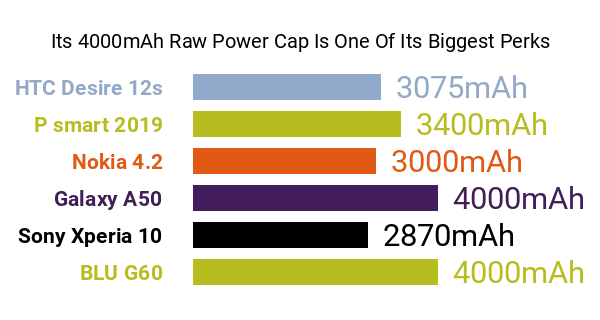 As for its photography specs, the BLU G60 offers a tolerable dual-lens main camera

that(')s made up of a 13-megapixel primary lens and a 2-megapixel depth sensor for things like bokeh photography or background blurring in portrait shots. Sitting right above its screen is a 13-megapixel selfie cam, which, although will not be plugging this model into our list of the best selfie phones any time soon, sounds just right for a model within this price group.

Also part of its pros and cons are a standard 4G-LTE network adapter, dual nano SIM card trays, and the Android 9.0 Pie operating system. Its color options include a classic Black finish as well as Gradient Blue and Gradient Red.

All said, the G60 caters to budget Android shoppers in search of a stamina-driven 6-incher.