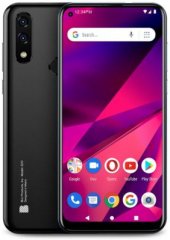 
A wide-screen smartphone opting for budget-class hardware components only, the BLU G70 suffers from cons like a measly (compared to what a few other 2020 6-inchers offer) 2GB RAM

that cannot hold a candle to those of the leading eight-core smartphones around the time of this technical Phonerated review, most of which use at least 2.5GHz chips. 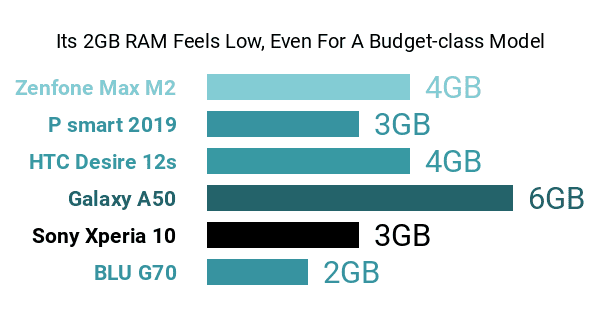 Don't Buy The blu g70 Before You Check:

could have used at least a 1080p (Full HD or Full HD sharpness. By the way, don(')t forget to check out some of the best large-screen phones. 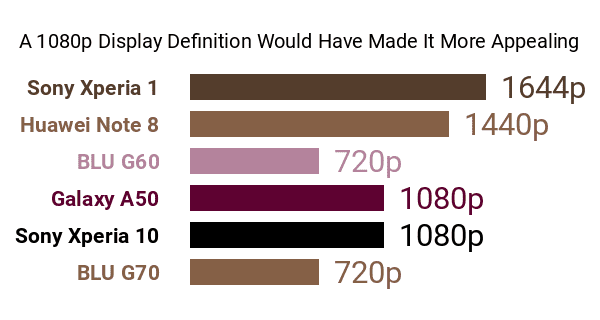 As for the positive side of its array of pros and cons, the G70 banks on a 4000mAh battery

coupled with a 10W fast-charging system, which sounds more than adequate, at least relative to its relatively undemanding processing components. It also has a respectable (within the budget Android category) 13- plus 2-megapixel dual camera

, the sub-lens being a depth-of-field sensor for things like bokeh photography. 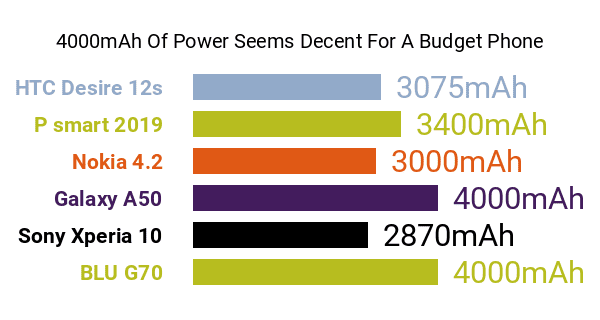 sounds like an unsung pro as well, considering that such a design element was more common among high-class models when it was released. Having said that, its 8-megapixel-only selfie cam resolution

poses no threat to those of the best selfie smartphones on the market.

Also joining in is a 32GB internal memory that can be expanded by a maximum of 128GB, a rear-mounted fingerprint scanner for security, and standard 4G network connectivity. Its pros and cons are topped off by the Android 9.0 ecosystem, with its exterior being covered by either a Metallic Black, a Turquoise Green, or a Gradient Blue finish.

Wrapping up, the G70 caters to those who want a large-screen budget smartphone that pays close attention to battery life more than anything else.