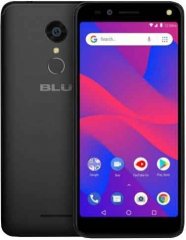 
BLU's Grand LTE is an unlocked smartphone (Check out the best unlocked dual-SIM phones here) that targets the same budget-cautious clientele as its direct predecessor, the Grand M2. Its not-so-grand specs include a hardware setup that hardly passes 2018 entry-level benchmarks, consisting of a mundane MediaTek 6739 1.4GHz quad-core processor

and a discouraging 1GB-only RAM

-- some of its closest competitors pack 2GB RAMs. 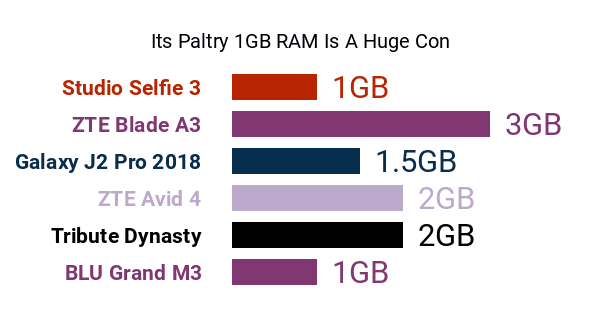 Don't Buy The BLU Grand M3 Before You Check:

While its wider-than-usual 18:9 screen aspect ratio

, which was a common facet among the best phablets as of this review, is a surefire pro for a low-caliber smartphone, its 5.3-inch display winds up as a disgruntling con in our book notwithstanding, seeing that it has a mediocre 960 x 480 screen resolution

(One of the lowest resolutions on an 18:9 interface) and, consequently, a mere 203ppi pixel density

Having said that, the Grand M3 runs on the Go Edition of the Android 8.1 Oreo operating system

, which is designed specifically for phones with the its kind of pros and cons. It features watered-down versions of basic Google applications that are meant to consume way less data and phone memory versus their full-blown counterparts.

, just like the ones in this Phonerated list of the newest 4G phones, which is somewhat reassuring, knowing that some other low-end contenders still stick to primitive 3G network adapters. Its feature set also includes a rear-mounted fingerprint sensor

and an encrypted file management system for data security.

As for its imaging pros and cons, the Grand M3 sports a low-resolution 5-megapixel front-facing camera

right above its display, with a dedicated front-firing LED flash

trying to spice it up. On the opposite end, it touts a typical (by 2018 low-end standards) 8-megapixel LED-flash main camera offering a standard 1920 x 1080 (Full HD) maximum video-recording resolution. 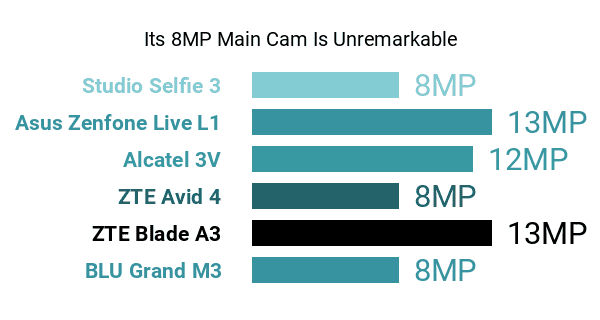 This introductory Android is loaded with 16GB of native memory

, although an 8GB-only version is also offered -- both versions support up to 64GB of top-up storage. It is powered by a tolerable 2500mAh battery and it dons either a Gold or a Black finish.

In the end, despite being riddled with low-caliber features, the Grand M3 ends up as a practicable smartphone for Android newbies.

It's all well and good that the BLU Grand M3 can record high-resolution 1920 x 1080 movies, but we were disappointed not to find any evidence of the Grand M3 featuring an HDMI port (which is convenient to watch HD videos on your shiny HDTV.)

Not too long ago, this smartphone's processing specs would have been just fine, but by today's standards, a 1.3GHz MediaTek 6739 processor with a RAM of only 1GB looks a little pale, compared to recent smartphones with their multi-core gigahertz processor and large RAM.

Not only does it have a 1.3GHz processor clock speed, but it also has 4 cores.

The memory can be expanded up to 64GB:

The BLU Grand M3 is not sold with a memory card but it supports up to 64GB of memory expansion, which will be convenient to save videos and pictures taken with the built-in 8-megapixel camera.