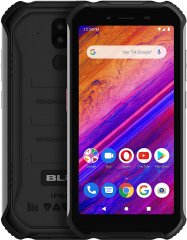 
Not to be confused with older Tank Xtreme models like the 5.0 and the Pro, the BLU Tank Xtreme is a 2020 release that throws together popular (as of this specs-based review) rugged features and some entry-level pros and cons. While you(')re here, feel free to check out Phonerated(')s list of the best waterproof phones available.

Starting off with its drawbacks, this outdoorsy phone runs on a dinosaur-esque 1.3GHz quad-core processor

that sounds way too sluggish, especially compared to the engines used by a lot of competing 2020 rugged Androids. Working alongside the aforementioned chip is a 2GB RAM 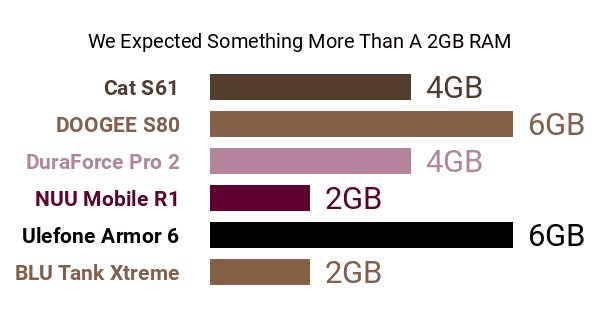 Don't Buy The BLU Tank Xtreme Before You Check:

Still on its cons, this Tank model does not sound that promising display-wise, touting a 5.5-inch 18:9 screen suffering from a 966 x 480

resolution that obviously flounders compared to the HD+ or Full HD+ facades offered by a few of its rugged rivals. Rubbing some salt to its wounds is a mere 196ppi pixel density

On the other hand, the rest of its exterior is composed of an IP68-rated shell

, making it impervious to liquids as well as dust grains and other tiny particles. It also claims to rock a shock-resistant frame

, although BLU did not provided a specific rugged rating when we were writing this.

Those rugged pros are joined by a 4200mAh battery

promising a 2-day mixed usage time -- check out the best big-battery smartphones here. Also among its features is a 32GB native memory and a memory card slot for up to 64GB(')s worth of extra storage.

Even though it won(')t likely rub elbows with the best photography phones out there, this BLU model(')s 13- plus 2-megapixel double camera

sounds appreciable to us, at least considering that rugged phone do not really pay that much attention to photography. Perched right underneath its rear cam is a fingerprint reader, while an 8-megapixel front-facing camera sits on the opposite end. 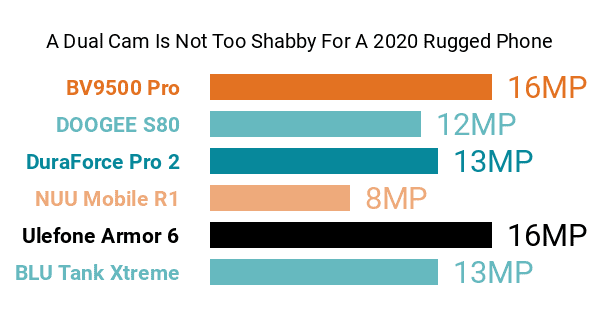 With 4G-LTE connectivity and double SIM card trays rounding out its pros and cons, the Tank Xtreme makes for a fitting choice for outdoor-savvy users and those who are often engaged in lengthy field work.