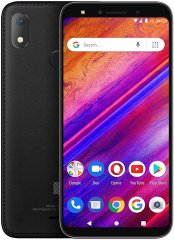 
Released alongside the much-larger XL5, the Vivo X5 offers a blend of entry-level and mid-range pros and cons. For starters, its 5.7-inch interface, although mimicking those of some higher-specked Androids with its 18:9 aspect ratio

, suffers from a low-class 720p-only sharpness

and a pixel density count of only 282ppi

Don't Buy The BLU Vivo X5 Before You Check:

Also among its cons is its 64GB-only external memory ceiling (It has 64GB of native storage) and not-so-competitive 1.6GHz octa-core engine

, the latter sounding rather mundane compared to the chips used by some popular octa-core-powered smartphones featured here on Phonerated. It comes with no more than 3GB of RAM

, which is far from impressive, at least by the mid-range standards around the time of this on-paper review.

Its appreciable specs, on the other hand, include an 8-megapixel selfie camera accompanied by a dedicated LED flash

-- sure, the best selfie phones in town boast higher camera resolutions, but flash-rigged cameras do not come by that often in the low-end Android category. At the back, it features a 13-megapixel LED-flash main camera, underneath which sits a circular fingerprint scanner that works hand-in-hand with its encrypted file management system

, although we were expected a bit more than 2800mAh of raw battery power.

All-in-all, this 2019 update to BLU's Vivo smartphones series seems like a feasible choice for those who want a relatively-cheap eight-core smartphone.