A kids- and senior-friendly basic Android smartphone, the Gabb Z1 offers a bevy of low-end pros and cons, one of which is its elementary 5-inch 854 x 480 (FWVGA) TFT screen

, which we think underscores its entry-level specs profile. 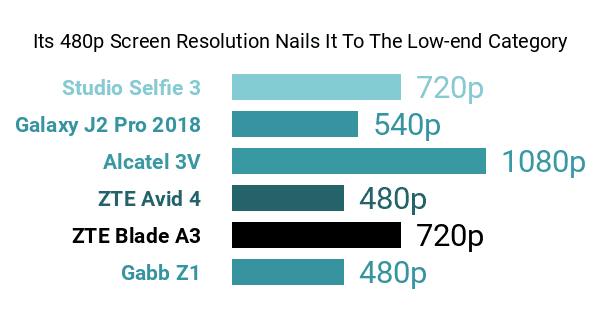 Don't Buy The Gabb Z1 Before You Check:

, while an even more primitive 2-megapixel-only secondary cam

sits right above its display. Note that both of its cameras flounder in comparison to those of many other 2019-released budget phones -- they usually offer 8-megapixel rear cams and at least 5-megapixel selfie cams.

The Z1's cons also include a mere 2200mAh battery capacity

, which, as of this technical Phonerated review, sounds paltry, even by low-end standards. That being said, its accompanying Smart Power technology

, which is tailored to extending the phone's battery life, sounds like a pro to us, seeing that we do not often get it out of sub-$100 smartphones like this one. Also, its battery pack seems adequate for its equally-low-end 1.1GHz quad-core Qualcomm MSM8909 processor 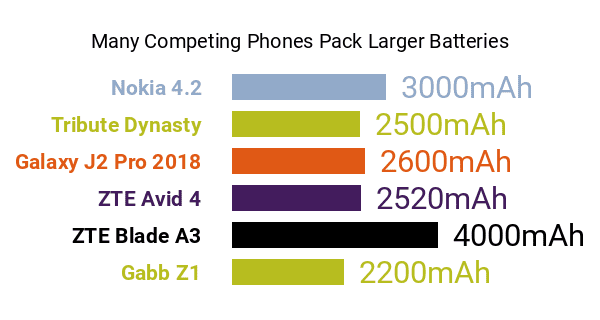 Among the Z1's perks are its 2GB RAM count

, both of which are double what a lot of low-end phones usually offer, at 1GB and 8GB accordingly. It also offers 4G-LTE connectivity

, a staple smartphone facet that some of its entry-level rivals still pass up on. Read up on the latest latest 4G-enabled phones here.

Also part of its low-budget mix of pros and cons are a plain Black finish and a Gabb-branded custom operating system, the latter being heavily based on the Android 8.1 Oreo platform. It comes with a typical dual-microphone setup and noise cancellation.

Wrapping up, the Gabb Z1, with its combination of low-end features, seems like a fitting choice for kids or simply those eying an Android phone with just the bare essentials.