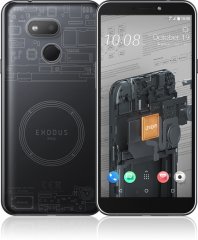 
The Exodus 1s is HTC's second cryptophone, following the brand's original Exodus model. In essence, a cryptophone is a device that offers the usability of a smartphone (It runs on the Android 8.1 Oreo ecosystem), while doubling as a hard wallet for cryptocurrencies, such as Bitcoin and Ethereum. It comes pre-integrated with a full Bitcoin node coupled with the Zion Vault mobile wallet system

that pretty much lets users transact securely using Bitcoin through their phone.

Checking out its technical specs, however, the Exodus 1s is not as advanced as we had hoped. For one, it won't be joining Phonerated's list of the best wide-screen phones available, settling for a 5.7-inch 18:9 screen that's marred by a 1440 x 720 HD+ resolution only

. In comparison, its mother model touts a Full HD (1080p) display, while some models on the forenamed list boast 2K-1440p screens.

Don't Buy The HTC Exodus 1s Before You Check:

is easily overshadowed by the 2.5GHz (or faster) chips powering the fastest smartphones available as we were reviewing its pros and cons. It is accompanied by a 4GB RAM and no more than 64GB of on-board memory

Adding to those cons is a 3075mAh battery power

right above its display, which we flagged as a pro, seeing that photography is not really a big priority among cryptophones. At the back, it has a 13-megapixel PDAF-enabled (phase-detection autofocus) primary camera, under which sits a circular fingerprint scanner for biometric security. 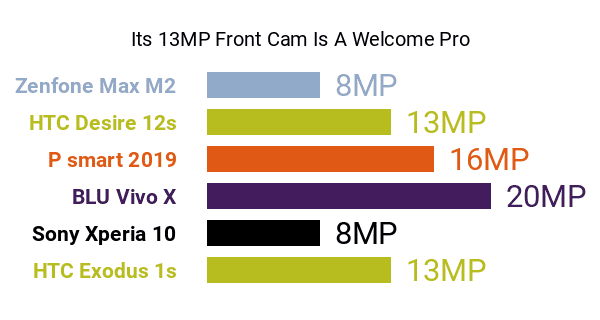 With a two nano SIM card trays and a classic Black finish rounding out its list of pros and cons, the HTC Exodus 1s winds up as a solid choice for those who are planning to dive into the cashless world of cryptocurrencies.