This month's #1 best HTC phone is the U12 Plus, a phablet. HTC makes only smartphones, essentially Android and Windows models, so Phonerated periodically gathers review scores for each HTC phone and computes the average rating each one gets to sort this list of the very best HTC phones 2021 (and 2020), updated at least once a month.

Considering this phone's average ranking of 90%, we are confident that the HTC U12+ is, as of now, Phonerated's best HTC phone 2021. Furthermore, we think that our 640 reviews sampled across multiple sources give us a high confidence level that justifies making it a "no-brainer best choice."

The HTC U12 Plus is a premium-tier phablet whose specs include a 6-inch 1440p Super LCD 6 screen, a dual selfie camera (twin 8-megapixel lenses), and the Edge Sense 2 pressure-sensing gesture suite.

With its star rating of 4 over 527 reviews, here is second best HTC phone. * This list, by the way, is based on an in-depth analysis of hundreds of reviews from across the web.

The HTC U Ultra strives to be the go-to multimedia smartphone by putting emphasis on specs like its 16-megapixel selfie shooter and 12-megapixel rear camera (both of which offer HTC's UltraPixel feature), 4K video recording, 3D audio capability with HTC USonic and BoomSound, and media-sharing via DLNA, Chromecast, Airplay, and Miracast support.

The HTC U11 Life is an imaging-inclined waterproof (IP67) smartphone whose two 16-megapixel cameras are accompanied by specs like HTC's Edge Sense (squeeze -based control), a 64GB memory extendable by 2TB, and a 2.2GHz eight-core CPU coupled with 4GB of RAM.

Confidence
Level:
OK
Why is a higher score ranking under a lower score?

The Edge-Sense-equipped HTC U11 Plus is a flagship phablet whose key specs include a rarely-seen 4-mic system (with HTC BoomSound and USonic), an eight-core CPU coupled with 6GB of RAM, and a large 6-inch 1440p Super LCD 6 screen with an 18:9 aspect ratio.

The Desire 625's basic 5MP main shooter, 720p display, and 2000mAh battery may be excused by its status as a low-end phone, but its 1.1GHz processor and 1.3MP selfie cam both appear pale compared to the specs of even budget devices. 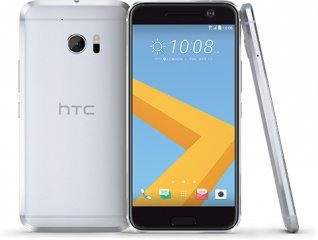 This premium-class, metal-unibody HTC phone is rigged with a 5.2-inch 1440p display, a 4GB RAM, and a 12-megapixel 4K-video camera with laser autofocus. 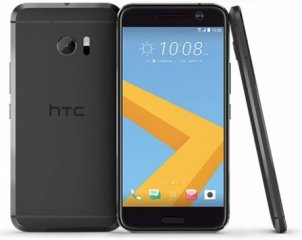 This Lifestyle version of the flagship HTC 10 smartphone boasts a similar 5.2-inch Quad HD display and a 12-megapixel 4K-video main camera, but runs on an eight-core 1.8GHz CPU (3GB RAM), instead of the 10's quad-core 2.2GHz engine.

The HTC U Play smartphone, being the U Ultra's cheaper 5.2-inch cousin, strives to excite photography lovers -- with specs like its 16-megapixel rear and selfie cameras (the latter of which comes equipped with HTC's low-light-aiding UltraPixel mode) -- and audiophiles alike, brandishing its USonic feature that's designed to personalize audio by analyzing the user's inner ears. 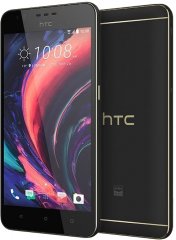 The Desire 10 Lifestyle is a quasi-high-end 5-inch smartphone equipped with a promising audio system, composed of the Dolby Audio technology and a 24-bit Hi-Res certification, which is backed by a 3GB RAM and a 2TB maximum external memory support.