that automatically pops out when the selfie camera is accessed -- its forenamed selfie cam does not quite put it alongside the best selfie-first phones, though, seeing that it suffers from a fixed focus capacity

and does not have an accompanying LED flash. 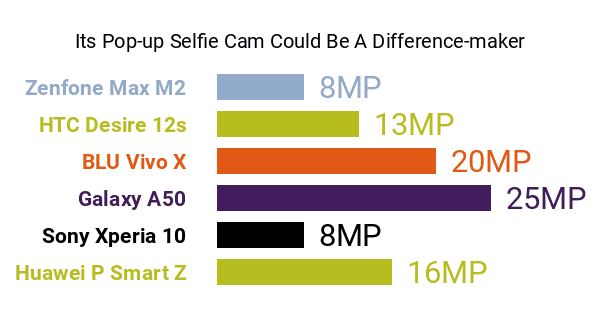 Don't Buy The Huawei P Smart Z Before You Check:

, at least in comparison to the screens offered by some of the best large-screen smartphones listed here on Phonerated. Another slight con is its 64GB-only internal memory

(Some of its closest rivals pack 128GB of on-board storage), which can at least be expanded by up to 512GB

As for its other pros and cons, the P Smart Z is home to a 16- plus 2-megapixel 6P-lens dual main camera

decked out with things like 3D portrait retouching and AI-aided photography. It claims to capture more realistic and brighter photos than 5P-lens cameras.

Looking under the hood, although the P Smart Z does not quite level with the fastest smartphones on the market as of this specs-based review in terms of CPU clock speed, its 2.2GHz + 1.7GHz dual-cluster Kirin 710F octa-core engine

, which is accompanied by a 4GB RAM, still makes for a decent match to its overall feature set. 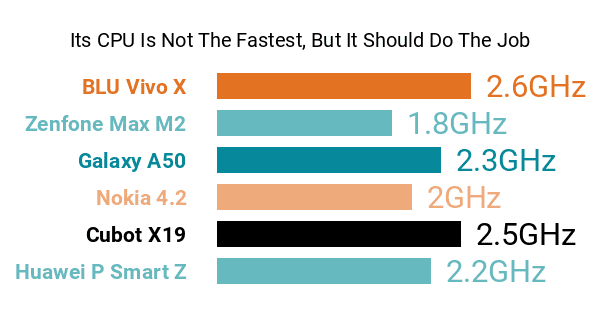 As for power, this P Smart edition banks on an inbuilt 4000mAh battery

that just about hits our 2019 Q2 sweet spot for upmarket smartphones. Also part of its pros and cons are a fingerprint sensor, NFC (Near Field Communication) support, and a finish of either Emerald Green or Midnight Black.

Running on the Android 9.0 Pie OS skinned with Huawei's EMUI v9.0, the P Smart Z sounds like a fitting choice for those eying a wide-screen phone with some high-class photography perks.

** This phone is also known as: Huawei Smart Z