As its name suggests, the LG G8s ThinQ is somewhat a toned-down version of the brand's G8 ThinQ flagship when it comes to technical specs. One of the stark differences between the G8 and this s-version is that this model replaces its sibling's 2K-1440p screen definition with an FHD+ (1080p) one

, while dialing back the 19.5:9 aspect ratio to a less-elongated 18.7:9 setup. Despite those downgrades, however, its 6.2-inch OLED FullVision display still sounds worthy of a 2019 upmarket phablet contender. 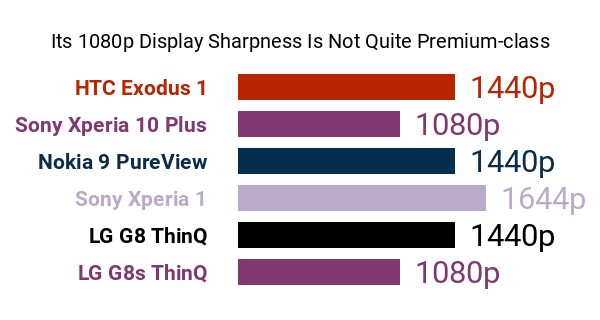 Don't Buy The LG G8s ThinQ Before You Check:

Just like its base model, the G8s ThinQ is powered by Qualcomm's Snapdragon 855 eight-core 2.84GHz (main cluster) engine

, yet it does not go beyond 6GB of RAM

-- many of the fastest models of its time, some of which run on a similar Qualcomm chip, lug at least 8GB's worth of RAM under the hood. Also, by the flagship standards as we were reviewing its pros and cons, its 128GB maximum internal memory

does not sound that reassuring -- a few of its closest rivals start out with 256GB of storage.

Going over to its pros, the G8s ThinQ touts a dual-lens front camera

, which is basically an internet-of-things (IoT) allowing users to interact with compatible appliances like smart refrigerators and TVs using their LG smartphones.

Sitting on the back is a promising triple-lens primary camera

The G8s ThinQ is powered by a rather sober (in the high-end category) 3550mAh battery and it is equipped with stereo speakers. 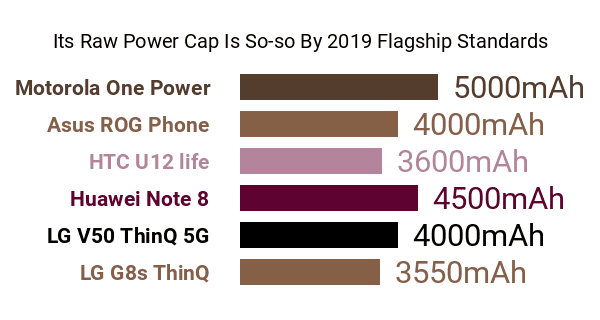 Looking back at its array of pros and cons, the G8s ThinQ serves as a slightly-toned-down version of the G8 that retains its high-caliber engine and advanced Air Motion technology.