The OUKITEL C12 Pro is practically a re-release of the C12, seeing that it offers almost exactly the same mix of pros and cons, except that it adds 4G-LTE network compatibility, which was all but a standard pro for any smartphone released around the time of this specs-based review, alongside a few tweaks here and there.

(It weighs 182 grams, while the average smartphone weighed only around 160g when it was released) C12 Pro's cons include elementary hardware components, namely, a 1.3GHz-only quad-core MTK6739 processor

. We also cannot help but wish that it supported more than 64GB of top-up memory 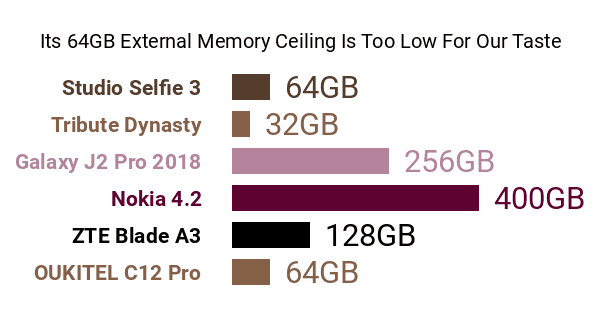 Don't Buy The OUKITEL C12 Pro Before You Check:

, which makes its otherwise expansive 6.18-inch 19:9 screen sound lackluster. By the way, it shares its wide 19:9 aspect ratio

with some full-fledged high-end phablets listed here on Phonerated.

As for its pros, this budget-class 6-incher packs a hearty-sounding 3300mAh battery

that scores up to 20 hours of talk time and a 300-hour standby time that translates to a little over 12 days. It also combines a circular fingerprint scanner and a Face ID feature for security 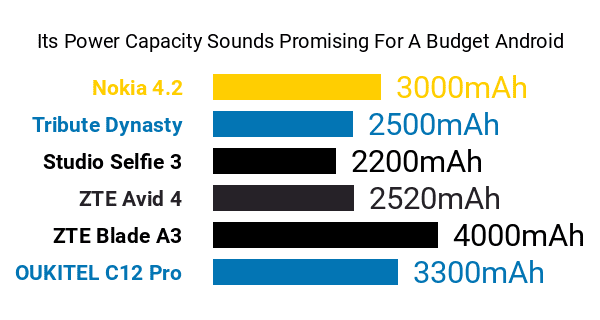 While it is by no means a standout versus most photography-focused smartphones, this OUKITEL model's 8- plus 2-megapixel dual camera

winds up as a selling point to us, at least coming from a phone that was priced at 90 dollars as we were writing this. On the contrary, though, its 5-megapixel front cam

is nothing to call home about.

With a coating of either Purple, Gold, or Black and the Android 8.1 Oreo OS rounding out its pros and cons, the C12 Pro caters to power-cautious users who are in search of a large-screen budget smartphone.