Essentially a version of the original A30 with an improved camera, the Samsung Galaxy A30s aims for a spot on Phonerated's list of the best photography phones with a triple-lens setup

headlining its list of pros. It consists of a 25-megapixel primary cam, an 8-megapixel ultra-wide cam for shots that are up to 123 degrees wide, and a 5-megapixel depth sensor for bokeh photography. 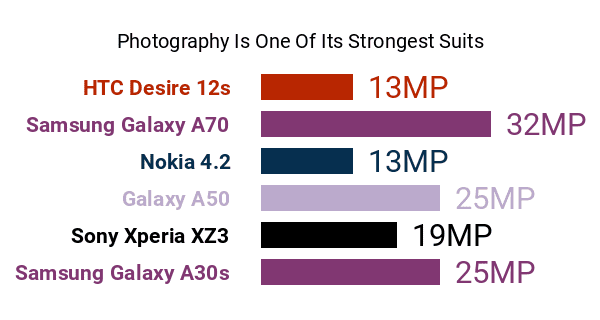 Don't Buy The Samsung Galaxy A30s Before You Check:

This 2019 Galaxy A model is not without some disgruntling cons, though, one of which is its 720p-only screen resolution

, which is not only a downgraded from the original A30's 1080p sharpness, but is also somewhat awkward for a phone with 6.4 inches of screen real estate -- many large-screen phones like itself do not go for anything lower than Full HD (1080p). Its display houses an integrated fingerprint scanner, while a passable 16-megapixel front camera

The Galaxy A30s does not impress us when it comes to hardware specs, running on a 1.8GHz + 1.6GHz two-cluster eight-core engine

, which sounds a bit sluggish, at least compared to what some of the fastest smartphones available as of this review offer -- those models use engines that clock in at 2.5GHz or higher. It comes with either 4GB or 3GB of RAM. 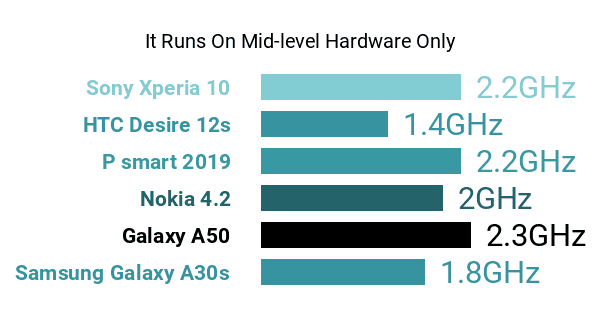 Also among its pros and cons are a 4000mAh battery

, which we find comforting, seeing that some higher-specked models come with similar raw power capacities. Also on board is a 128GB native memory (Samsung also ships variants with only 64GB or 32GB storage caps) that's accompanied by a rather generous -- at least within its price group -- 512GB memory card slot

Just like its A50s cousin, the A30s is offered in prism-like finishes

Prism Crush White and and Prism Crush Violet and it runs on the Android 9.0 Pie operating system out of the box.

All said, given its assortment of pros and cons, the Galaxy A30s targets middle-class smartphone shoppers who value mobile photography more than anything else.