Samsung(')s 2019 Galaxy M10s is a pretty straightforward budget-class Android phone when it comes to pros and cons, which means that it will not be joining Phonerated(')s list of the highest-specked phones any time soon.

Kicking off with its drawbacks, its otherwise wide 6.4-inch Super AMOLED screen suffers from a 1560 x 720 HD+ definition only

, whereas many high-class large-screen models tout at least FHD/FHD+ (1080p) screens. Sitting on its screen notch is a not-so-competitive 8-megapixel front-facing camera

, which we flagged as a slight con, especially since it does not come with any accompanying LED flash. 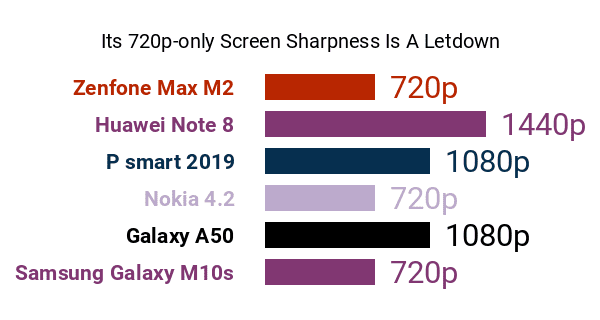 Don't Buy The Samsung Galaxy M10s Before You Check:

On the flip side, it touts a dual-lens rear camera

consisting of a 13-megapixel main lens and a 5-megapixel wide-angle lens, the latter boasting a 123-degree shooting angle for landscape photography. Right alongside its camera is a fingerprint scanner

, which, even though is no longer that big of a pro as of this specs-driven review, is a welcome upgrade over the original M10.

Looking at its hardware setup, the M10s is powered by a so-so 1.6GHz eight-core Exynos 7884B processor and it offers no more than 3GB of RAM

-- a lot of its 2019 competitors use at least 2GHz engines and have 4GB of RAM under the hood. That said, we find its 4000mAh battery pack

tolerable, knowing that some higher-class models lug less-ambitious batteries -- check out how its battery fares versus those of the leading big-battery phones here. 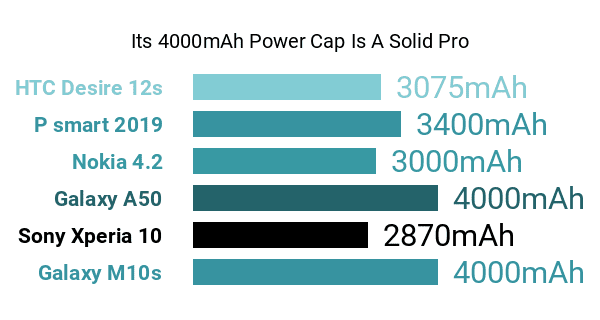 , which it shares with a good number of recent Samsung models, and a 32GB storage memory that(')s accompanied by a memory card slot for external space. 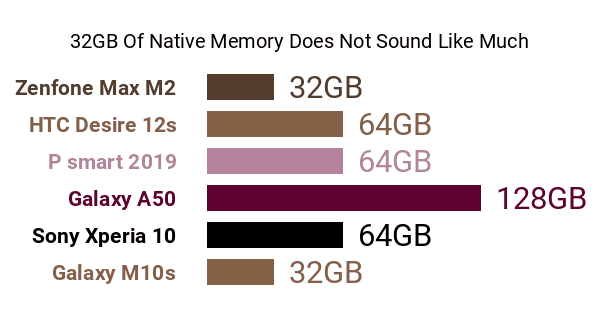 So, coated in either Stainless Black or Metallic Blue and running on the Android 9.0 Pie operating system, the Samsung Galaxy M10s makes for a viable choice for those eying a low-budget smartphone and are quite meticulous when it comes to battery life and screen real estate.

** This phone is also known as: Samsung M10s