Announced alongside the Blade V10 during the 2019 Mobile World Congress, ZTE's Axon 10 Pro is one of the brand's most-ambitious smartphones as we were reviewing its pros and cons. That being said, we still caught a couple of slight drawbacks within its feature set, one of which is its 2340 x 1080 FHD+ resolution

, seeing that a 2K-1440p sharpness would have made its otherwise expansive 6.47-inch waterdrop-notch AMOLED display more promising -- some of the best large-screen smartphones bluster with 1440p facades. 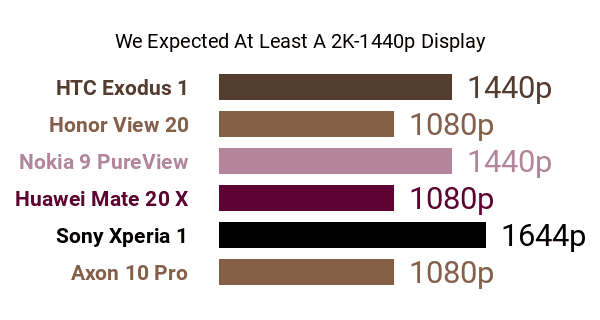 Don't Buy The ZTE Axon 10 Pro Before You Check:

a slight con, given the fact that a few of its premium-class competitors start out with twice that capacity (512GB) -- its support for 2TB's worth of top-up memory

, however, was an outright flagship pro around the time of this Phonerated analysis. 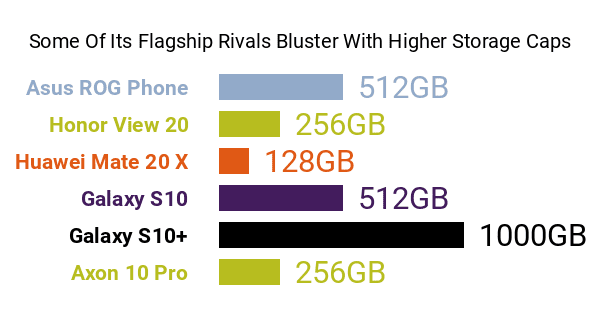 paired up with either 8GB

or 6GB of RAM -- get to know the fastest Android phones here. It feeds off a respectable 4000mAh battery that's enabled for both wireless charging and Qualcomm's Quick Charge 4+ wired charging technology. 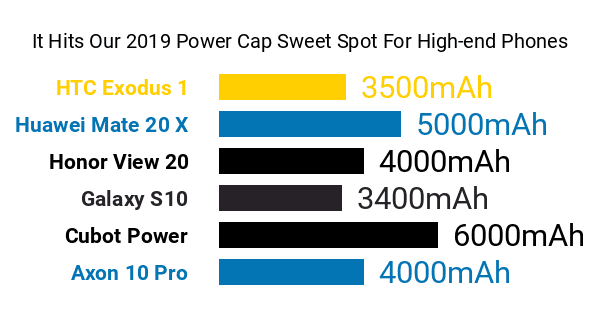 that's made up of a whopping 48-megapixel primary sensor, a 20-megapixel wide-angle cam offering with a 125-degree viewing angle, and an 8-megapixel telephoto cam for up-to-3x optical zooming. Its front-facing camera also sounds like it could go toe-to-toe versus those of the leading selfie-first smartphones on the market, coming in the form of a 20-megapixel f/2.0-aperture shooter

, although we would have loved a front-facing LED flash

to go along with it. 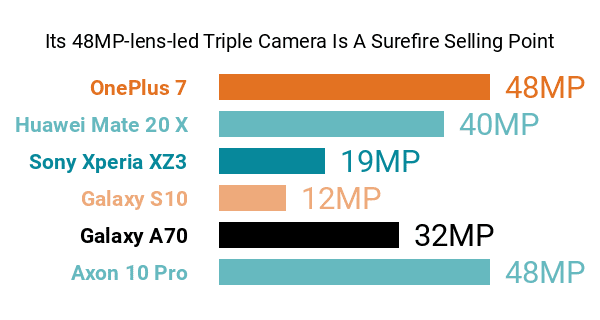 With the DTS:X Ultra audio technology and an in-screen fingerprint reader topping it off, the ZTE Axon 10 Pro caters to high-end smartphone shoppers in search of a phone that's all about connectivity, performance, and mobile photography.