Microsoft came out late with its Windows Phone OS, its smartphone operating system designed to compete with the iPhone series and increasingly popular Android phones. A few manufacturers, including HTC, LG, Samsung and Dell, launched WinMo (Windows Mobile) phones towards the end of 2010 and Nokia created a line of Windows smartphones (mostly the Lumia series).

Confidence
Level:
OK
* How do we know? Here is how we rank items... 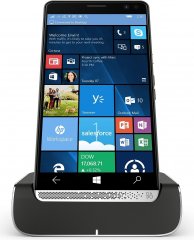 Even with a smaller sample of reviews, based on this phone's aggregated rank of 72%, we are confident that the is currently Phonerated's best phone 2022/2023. Furthermore, we think that our 98 reviews sampled across multiple sources give us a safe-enough confidence level that justifies making it the most interesting choice as of now.

The 40 latest Windows smartphones in pictures and features

Based on star rating of 7 averaged over 98 reviews, we rank this model second best phone. * This list, by the way, is based on an in-depth computation of hundreds of Windows smartphone reviews from multiple sources.

*
Did you know all Windows phones must include at least 8 GB of Flash memory, an FM radio tuner and seven hardware buttons including "Back, Start, Search and Camera."