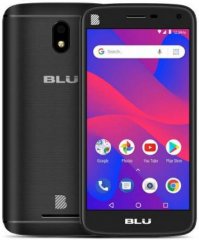 
Part of BLU's prepaid smartphone lineup, the BLU C5L is a low-caliber Android Go smartphone whose biggest drawbacks include the rather mundane combination of a 1.4GHz quad-core processor

and no more than 1GB of RAM

, although the aforementioned hardware specs seem just about right for its low-level assortment of pros and cons.

Don't Buy The BLU C5L Before You Check:

To augment its performance, it runs on the Android 8.1 Oreo Go Edition OS

, which features some re-imagined Google applications designed to demand less processing power, storage, and mobile data allocation. It also comes with a built-in data manager and it supports lighter updates and downloads.

Going back to its cons, the C5L relies on a dismal 2000mAh-only battery

whose raw capacity sounds unpromising, even by the entry-level benchmarks at the time we were writing this technical review. Moreover, it does not promise much in terms of multimedia storage, offering no more than 8GB of internal memory expandable by only up to 64GB

. In comparison, a few other prepaid contenders featured here on Phonerated deliver twice as much native memory and support 128GB microSD cards.

This BLU model is not without some redeeming qualities, though, one of which is its support for 4G-LTE network bands

, which could turn out to be a nifty pro, particularly for pragmatists who want to keep their work and personal contact numbers separate. Feel free to check out the best dual-SIM phones here.

that sounds insignificant, by 2019 entry-level measures.

and, consequently, a pixel density score of only 196ppi 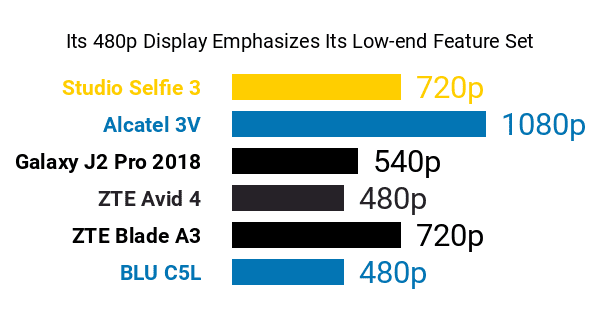 Offered in Black and Blue, the C5L makes for a decent choice for those in search of a cheap, basics-only Android phone.