HTC One X10 Review of Pros And Cons


The One X10 is an offering from HTC that surely adds flavor to the mid-range market. From the big talks about its battery and strength to the apparent low-light-friendliness of its rear camera, it surely has interesting specs that we have analyzed and sorted into pros and cons below.

As mentioned, its 3000mAh battery

definitely deserves recognition. It, after all, appears to be one if its focal points. According to HTC, this device contains the longest-lasting battery from their smartphone lineup as of July 2017. As shown in the comparison below, it's not the best as far as raw mAh count is concerned. However, it still trumps many of its rivals in this department, and for that we consider its battery a pro.

Don't Buy The HTC One X10 Before You Check:

It also appears like the One X10 may have some rugged features, as HTC claims that the product was "built strong" and mentions the device having survived "gruelling" temperature, drop, and corrosion tests

. However, we can't find definite rugged information (such as quantitative-based ratings) about the device.

As for its performance specs, the One X10 evidently took a more subdued approach. Its maximum clock speed of 1.8GHz

trails behind a number of models from other brands. To add, its 3GB RAM

, while not being entirely-appalling, looks sorely out of place in the comparison below.

. We also appreciate that the latter has a wide-angle 86-degree lens

Perhaps as a repercussion of its battery, this smartphone takes form in a thick and relatively-heavy body. Its depth stands at 8.23mm

and it also weighs 175 grams

. As such, it's definitely not for sticklers for portability. 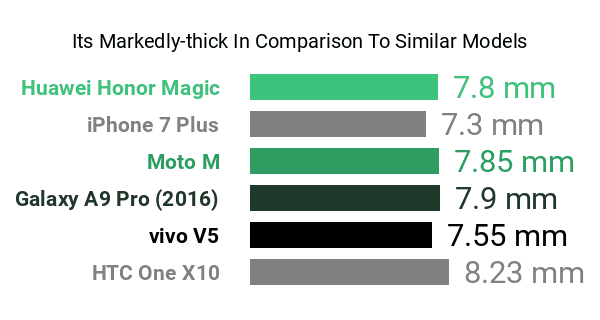 After reading the mentioned pros and cons, do you think you've found your match in the HTC One X10? If you're into big batteries and attractive camera specs, then we think the answer may be closer to a yes. However, it's clear that it isn't a smartphone for the performance-minded Android user. With that, if you belong to this latter category (or even if you don't, really) we recommend you take a look at our Celliminator, which finds you the best phones according to your personal preferences.

4+ Photos Full Specs
Best Smartphones 2020 Is it your best choice?