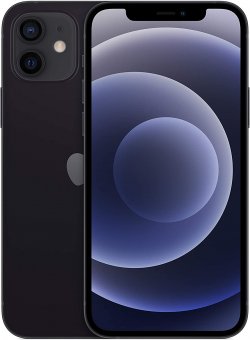 
Not exactly a major overhaul of the iPhone 11, of which Phonerated also has a specs-driven review, the iPhone 12's main drawbacks include the absence of a memory card slot

, which is a weakness that it shares with a good number of its ancestors. It comes with either 256GB, 128GB, or 64GB of native memory -- users will have to store any excess on some cloud storage solution. The iPhone 12 also does not change anything when it comes to camera pixel resolution, still rocking a dual 12-megapixel rear cam

and a 12-megapixel selfie cam

, both of which are similar to those of its predecessor. 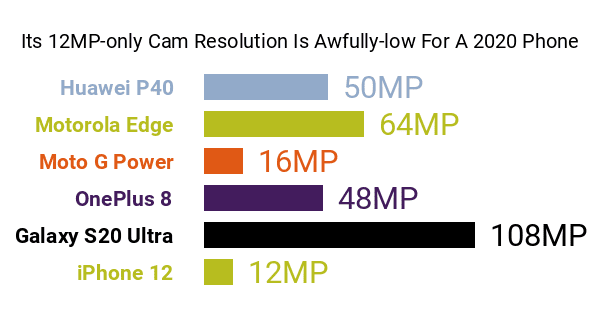 Don't Buy The iPhone 12 Before You Check:

Despite its unimpressive raw camera resolutions, though, this iPhone's imaging pros, which include 4K-2160p video-recording

, are on par with those of some high-caliber Android phones. Feel free to check out some of the best phones for selfies here.

Among the relatively (relative to older iPhone iterations, that is) fresh stuff that it offers is its compatibility with MagSafe accessories

, which are basically magnetically-connected accessories, such as a wireless charger connector, an NFC terminal, and a phone case. This enables users to mix and match the phone with a snap-on accessory depending on their needs or their mood for the day.

The iPhone 12 also touts a 6.1-inch Super Retina XDR display with a 2532 x 1170 resolution, which is a significant upgrade over the iPhone 11's measly 1792 x 828 definition. Its facade comes with what Apple calls Ceramic Shield

, which they claim to be tougher versus any typical smartphone glass. It comes with Haptic Touch as well as HDR10 content support and it reaches a peak brightness level of 1200 nits.

Heading over to its performance pros and cons, the iPhone 12 runs on an A14 bionic chip embedded with a Neural Engine, which is a key improvement over the previous iPhone's A13 chipset. It also offers 5G network compatibility

Like the other iPhone 12 variants (those being the iPhone 12 Pro, Pro Max, and Mini), this model (A2399) run on iOS 14 out of the box. It is topped off by a glass-plus-aluminum body, which is coated in colors like Red, Green, and Blue.

All said, when it comes to technical pros and cons, the iPhone 12 is not quite a heavy-hitter. However, some of its features, including the switchable magnetic accessories, make it seem like a fitting choice for uses who love to personalize their gadgets.